Want to Work With Me?

Urchin Studios is situated in the heart of Hackney Wick’s creative district, a stone’s throw from Hackney Wick Overground station. The studios were purpose built to provide a hub for London’s musical talent, featuring a relaxed atmosphere, natural light (sometimes a rare commodity in recording studios!) and a selection of high end recording equipment.

As well as 3 separate commercial studios each of a different design, the studios feature 9 purpose built production rooms making Urchin Studios the permanent home to a number of the UK’s top production and engineering talent.

Urchin Studios was founded by engineer/producer team Matt Ingram and Dan Cox back in 2007. The first incarnation of Urchin was based in Limehouse, East London in a premises that was first set up by legendary Strokes producer Gordon Raphael. At the time Matt was a lot of playing sessions as a drummer, often with Gordon producing at the Limehouse studio. In 2006 Gordon relocated to Berlin leaving the studio vacant and which point, Matt teamed up with his Dan and took over the space; and Urchin Studios was born.

Although the Limehouse studio was modest, the pair produced, engineered and mixed many notable recordings there including tracks by Mercury Award Nominated debut from Lianne La Havas and Fyfe Dangerfield’s version of Always A Woman as featured on the 2010 John Lewis christmas commercial (which was recorded and mixed in under 3 hours; a work to popularity ratio the two have not yet managed to match…)

Having felt that they had outgrown the Limehouse space, in 2012 the team moved into a new premises at the Laundry Building in Hackney. “Urchin Mark II” housed projects from the likes of FKA Twigs, Bon Iver, Flume, Emile Sande, The Kooks, Django Django, Lucy Rose, Stewart Lee, Bloc Party and Flyte.

Also in this time Matt and Dan as producers/engineers worked on projects with Laura Marling, Thurston Moore, Tom Odell, Lianne La Havas, The Staves, Florence and the Machine, Slaves, Ghostpoet and Kevin Molloy.

In mid-2020 planning permission was granted to tear down The Laundry building to make way for an exciting collection of luxury flats, thus aiding the landlord in his quest to make as much money as possible whilst laying waste to Hackney’s creative soul. Fortunately he’s not yet succeeded in either of these endeavours. 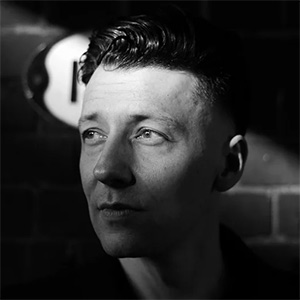 Along with Dan Cox, Matt is the co-founder of Urchin Studios. With production credits including Lianne La Havas, Rae Morris, Laura Marling and Denai Moore, Matt is also an in demand drummer having toured and recorded with artists such as Tom Odell, The Staves, Michael Kiwanuka and Paloma Faith. 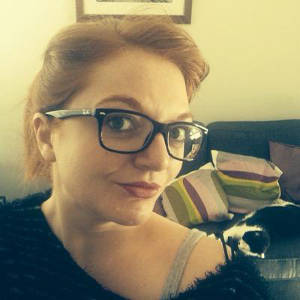 Charlie represents the business end of Urchin Studios and joined the team in 2012. Her career in the music industry began at Beggars Group in 2004, before moving to Sony Music and then Solar Management (Nigel Godrich). Prior to managing Urchin Charlie was Bookings Manager at Strongroom & AIR Studios for 5 years.

How Big, How Blue, How Beautiful (album)